DE&I: How To Develop an Action Plan 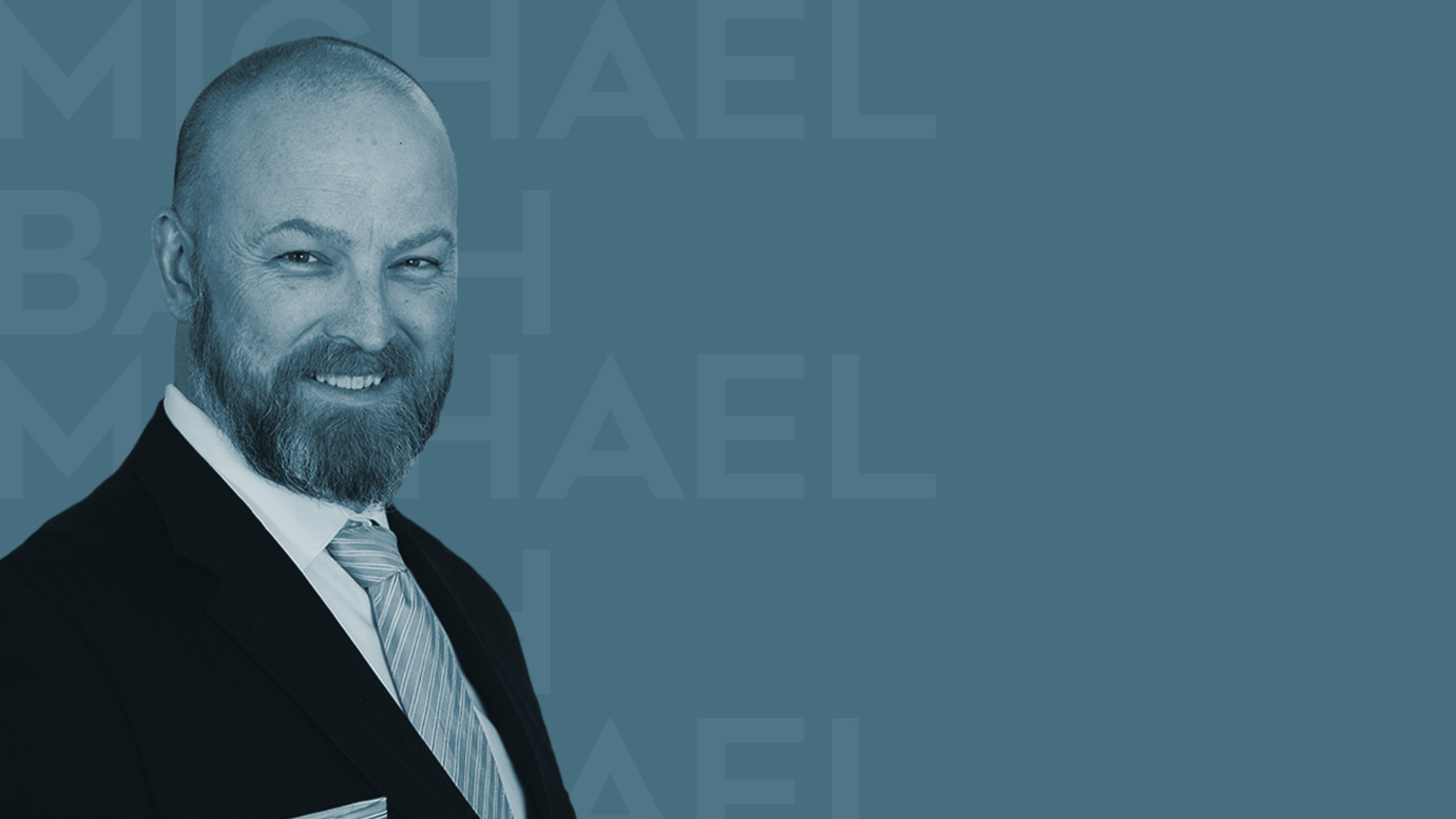 We’ve heard all of the metrics – diverse companies outperform less diverse companies, inclusion inspires innovation and contributes to purpose culture. DE&I is vital to your bottom line. So why don’t more companies do it better? That’s the question we put to Michael Bach, founder of the Canadian Centre for Diversity and Inclusion and author of the new book Birds of All Feathers. We discuss the six steps to DE&I transformation, making Diversity, Equity, and Inclusion its own business vertical, and how we can reframe DE&I initiatives for success.

Chris Nelson [00:00:04] That’s diversity specialist Kim Crowder talking about what leaders need to do to change the discussion on diversity, equity and racism in their workplaces.

Kim Crowder [00:00:14] This becomes something that’s embedded in the DNA of their workplace culture.

Chris Nelson [00:00:22] And that’s Michael Bach, director of the Canadian Center for Diversity and Inclusion, as well as the author of the new book Birds of All Feathers. In it, he explores a variety of topics such as why do a lot of companies diversity programs fail or what do companies need to do to change their culture around DE&I and have it mean something?

Chris Nelson [00:00:43] And lastly, what risk do businesses face by doing nothing on diversity and inclusion? Michael Bach joins us to talk about all of those things here at The Nexus.

Chris Nelson [00:00:57] The Nexus, a place where people converge and connect. On this podcast, we look at the things that are changing the way all of us do our jobs. We’re going to take a quick peek into the minds of those people who are helping us change.

Chris Nelson [00:01:16] Going through your book, Michael, you talk about the need for people to make a business case for diversity and inclusion, so why don’t we make one right now?

Michael Bach [00:01:27] Yeah, there’s a ton of data out there that shows the different positive impacts to various components of your business.

Michael Bach [00:01:36] There’s a report by Deloitte out of Australia and the Victorian Opportunity Commission called, Waiter, is that inclusion in my soup? And they looked at the correlation of diversity, inclusion and employee engagement. In organizations that had a strong commitment to diversity, whose employees felt included…

Michael Bach [00:01:54] They saw a lift of one hundred and one percent in employee engagement scores. There’s another study out of Catalyst looking at financial performance of organizations with respect to gender on their boards… boards of directors. Organizations with more than three women on their boards of directors outperformed their competitors by forty six percent return on equity.

Michael Bach [00:02:15] I could fill a room full of research that shows the positive impact of diversity & inclusion can have, whether it’s on reducing absenteeism, voluntary turnover, reduction in safety incidents, increased market share. You know, the statistics are all there. There is literally no research that shows it’s- there is a negative. There is opinion. But that is not research.

Chris Nelson [00:02:38] In your book you talk about… You see two basic approaches to diversity and inclusion. Perhaps you could describe both for us.

Michael Bach [00:02:45] Yes. So there’s two sort of two models. One is the social justice model, which has been going on since the civil rights movement. And it essentially says that straight, white, able bodied man has to lose in order for everyone else to gain. And it is a model that has produced very little results. I think in large part because it requires that straight able bodied man to willingly give up power. To be completely selfless. And that just doesn’t happen.

Michael Bach [00:03:18] So the model that I look at is around creativity innovation. It’s around problem solving.

Michael Bach [00:03:25] Coming up with the best solutions possible. The means to do that is diversity.

Michael Bach [00:03:32] When that straight, white, able-bodied man is CEO, of which they make up the vast majority of CEOs, certainly in Fortune 1000 companies, when they see the benefit, when they see the work, they start to go, oh right, this is you know, this is good for our business. That ultimately ends up being good for people, which is exactly what we’re trying to achieve.

Chris Nelson [00:03:54] What does that innovative approach look like?

Michael Bach [00:04:00] Step one is to write a business case. So what is the business case for your organization to focus on diversity and inclusion? That’s a one to two page document that becomes your guide. It comes your touchstone. So if you’re ever wondering why you’re doing it – you go back and it should stand the test of time.

Michael Bach [00:04:42] Step four is to execute on the strategy. And then step five is to measure the strategy. Understand there’s a step six, and that is, as I describe it, rinse and repeat. After executing your strategy for a couple of years and doing some measurement, you’re going to go back and do another assessment.

Chris Nelson [00:04:57] It is such a direct empirical approach to addressing a problem that it almost kind of startles me to think that companies do not apply this approach to DNI. Why the resistance? What is the thing that is holding us back?

Michael Bach [00:05:16] There are organizations that still look at diversity and inclusion as a program. And I put that in air quotes, though your listeners can’t see me doing that, but I assure you it is happening. And they look at it as this thing that you do like, oh, we just have to do this program and everything will be okay. And the reality is the diversity and inclusion isn’t a program. It’s something that layers over an entire organization. Everything you do as an organization, your facilities, your marketing and communications, your advertising, your suppliers, everything you do, I.T., everything has a diversity and inclusion lens that should be applied to it. And I think the problem is most employers think of it as a program. And when the program, again, air quotes, doesn’t succeed in solving all of their problems, they throw up their hands and say, well, we tried that and it didn’t work.

Chris Nelson [00:06:08] Yeah, which is a great segue to what I think is perhaps the most radical idea in the book. Stop thinking of diversity & inclusion as a program. Make it a work function, make it a vertical within a business. Pull it out of H.R. Tell us why you advocate for that.

Michael Bach [00:06:25] It’s really simple. Like, would you have your legal department run by a volunteer? No, we have different leaders within these verticals in our organization because it’s work! The best practice is to have a chief diversity officer at the executive level who reports to the CEO who is responsible for overseeing that layer of diversity and inclusion as it touches every aspect of the organization where you’ve got somebody constantly thinking about the impacts of your actions through a diversity and inclusion lens. If you’re not thinking about it, if you don’t have somebody whose job it is to apply that lens, then inevitably mistakes happen.

Michael Bach [00:07:12] There’s a company in the States… They wanted to get into the Hispanic market.

Michael Bach [00:07:16] They spent a bunch of money on opening stores and predominately Hispanic markets in advertising in Spanish. Well, on day one, when they open the doors, people walked in and no one behind the desk spoke Spanish. None of their forms were in Spanish. And it caused a backlash in the community. And the reality is that the entire initiative was being driven by marketing and sales. And there was no chief diversity officer. They, in fact, didn’t have any diversity & inclusion, resources. And the end result was they spent a lot of money and got slapped hard.

Michael Bach [00:07:50] If they had had a chief diversity officer, somebody who was looking at this project and saying, yes, this is a great idea, we need to make sure that the staff are bilingual, that all of our forms are in Spanish, that our systems can be run in Spanish. We are looking at our talent attraction process and our talent management process that the entire leadership isn’t all white.

Michael Bach [00:08:17] Yeah and the CDO helps you to build your business. It helps you to be stronger as an organization, more productive, more profitable, have higher engagement, lower safety incidents, et cetera, et cetera.

Chris Nelson [00:08:31] Is there anything that you would recommend people do that they can try, that they can implement regardless of where they are within the business?

Michael Bach [00:08:42] If there’s one piece of advice, I would say is that diversity and inclusion is everyone’s job.

Michael Bach [00:08:49] Everyone has the power to affect change, regardless of what level you are in the organization. Figure out one thing that you can do to make the workplace better, even if it’s just within your sphere of influence. How can you make it more inclusive?

Chris Nelson [00:09:06] It feels like people are so sensitive to the idea of offending someone else that it’s easier to do nothing than to do something and get it wrong. How would you destigmatize that?

Michael Bach [00:09:17] I would say that’s accurate. I assure you, doing nothing produces nothing. That’s just the way it works. But if you think that there is a problem that needs to be solved, you may offend someone. And that’s OK.

Michael Bach [00:09:34] This is change. It is classic change management. I think if you go into it with a solid business case, a solid argument, here’s the data. Here’s the business case. Here’s why it’s important for our organization. Then as you go through this change exercise and you will encounter people that get offended, you can deal with them.

Michael Bach [00:10:00] I think this is a seminal moment. This is like a watershed moment in our society where you have to pick a side and I’ll use the argument of same sex marriage because I think it’s an important statistic. In 1999 or so, I forget the exact year as the late 90s. The percentage of people in Canada that felt that same sex marriage was a good thing. It’s like 40 percent. In 2016. I think it was 80 percent.

Michael Bach [00:10:30] Well, if you do the math, people’s opinions changed. They they shifted their perspective.

Chris Nelson [00:10:44] Michael’s book, Birds of All Feathers, is available now wherever you buy your books. And if you take Michael’s advice and make DE&I a separate unit within your business. Well, that’s a major transformation. The kind that the people at Nexus can support you with. Nexus has been helping clients for more than 20 years with industry leading strategies, programs and products. You can find us at Nexus Communications dot com. That’s N E X U S communications dot com. And be sure to like us on Apple Podcasts, Spotify or wherever you happen to find us. I’m Chris Nelson. Thanks for listening. 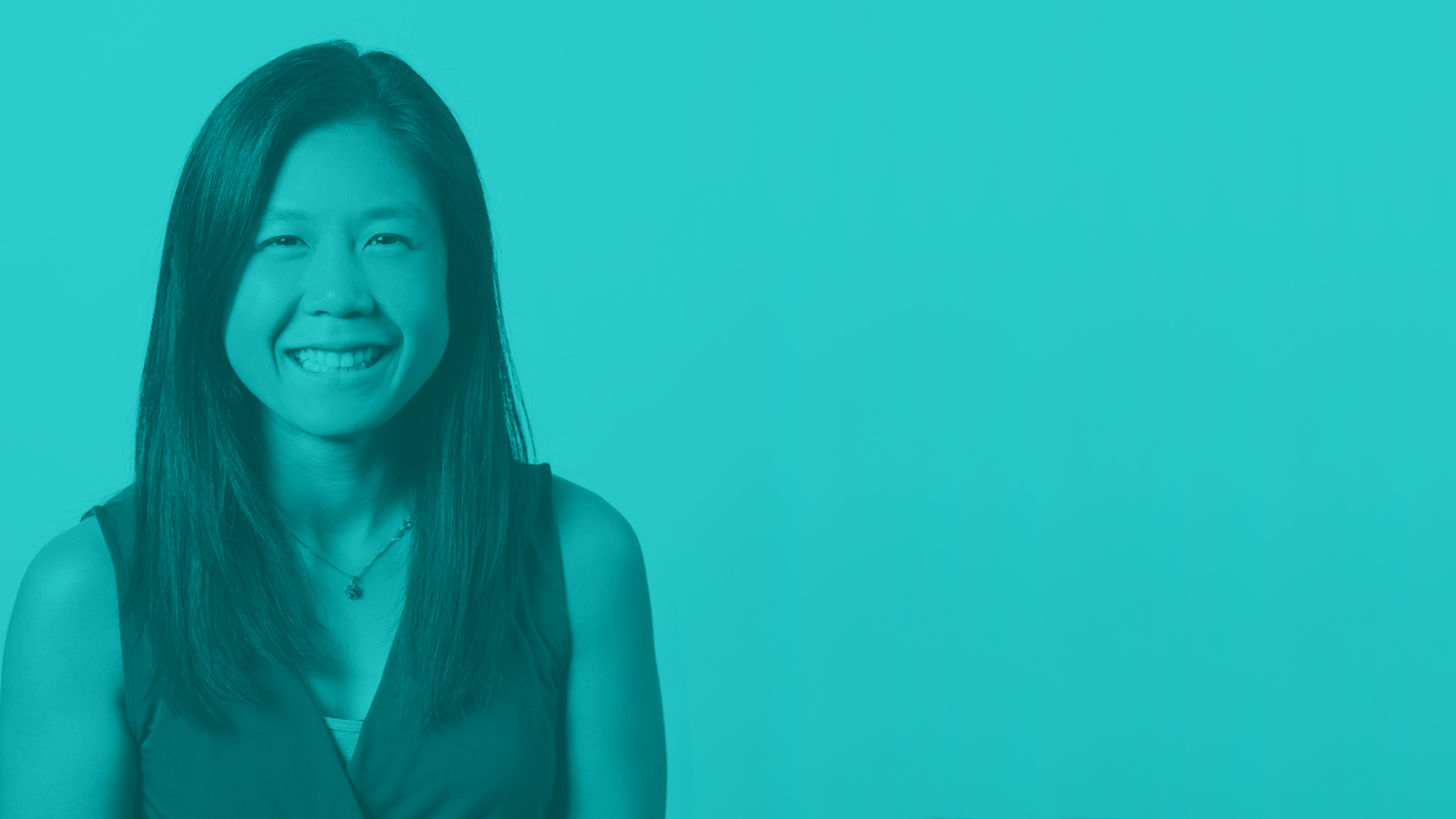 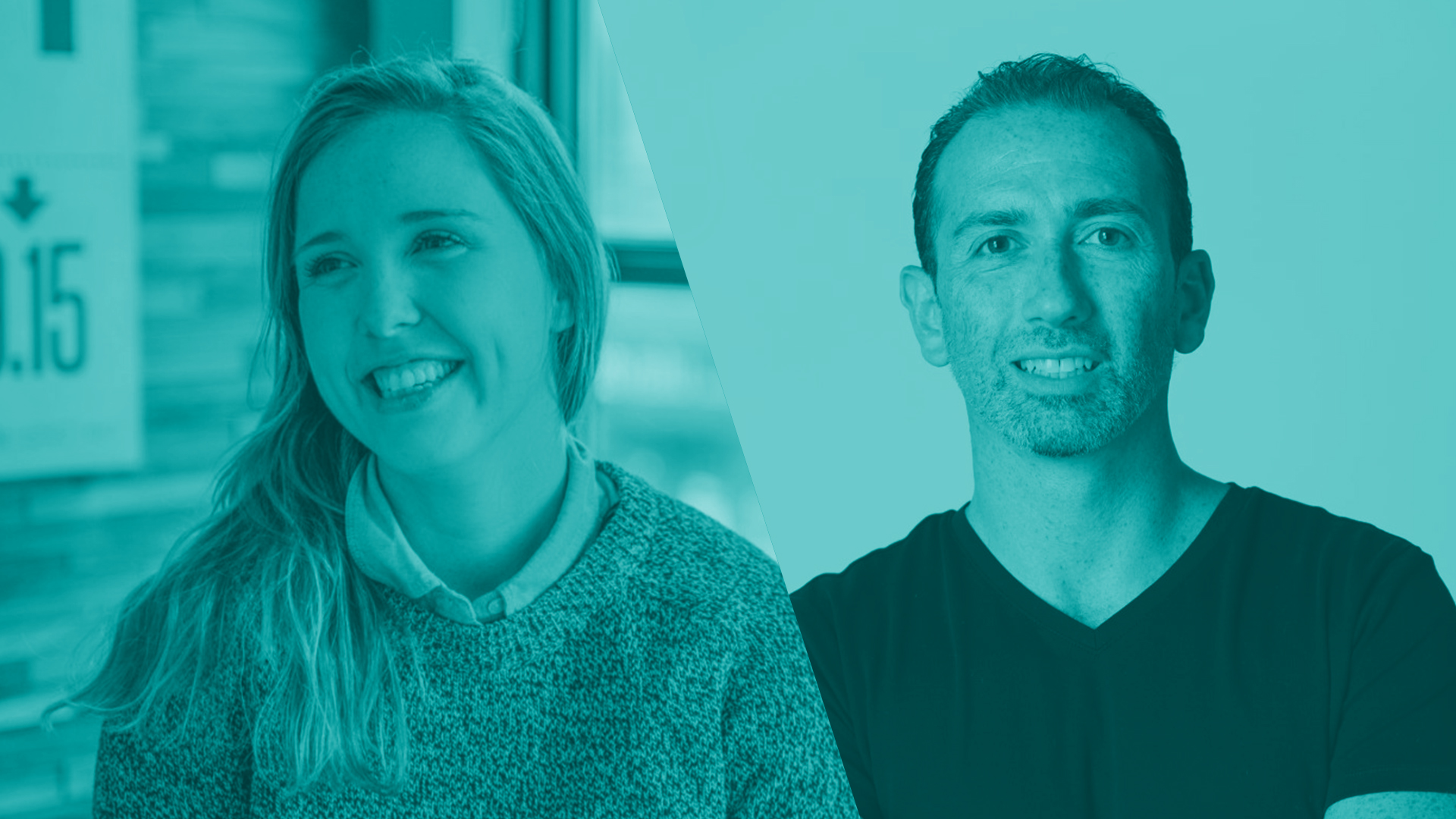 New Ways of Working: The Remote Vs. In-Office Debate 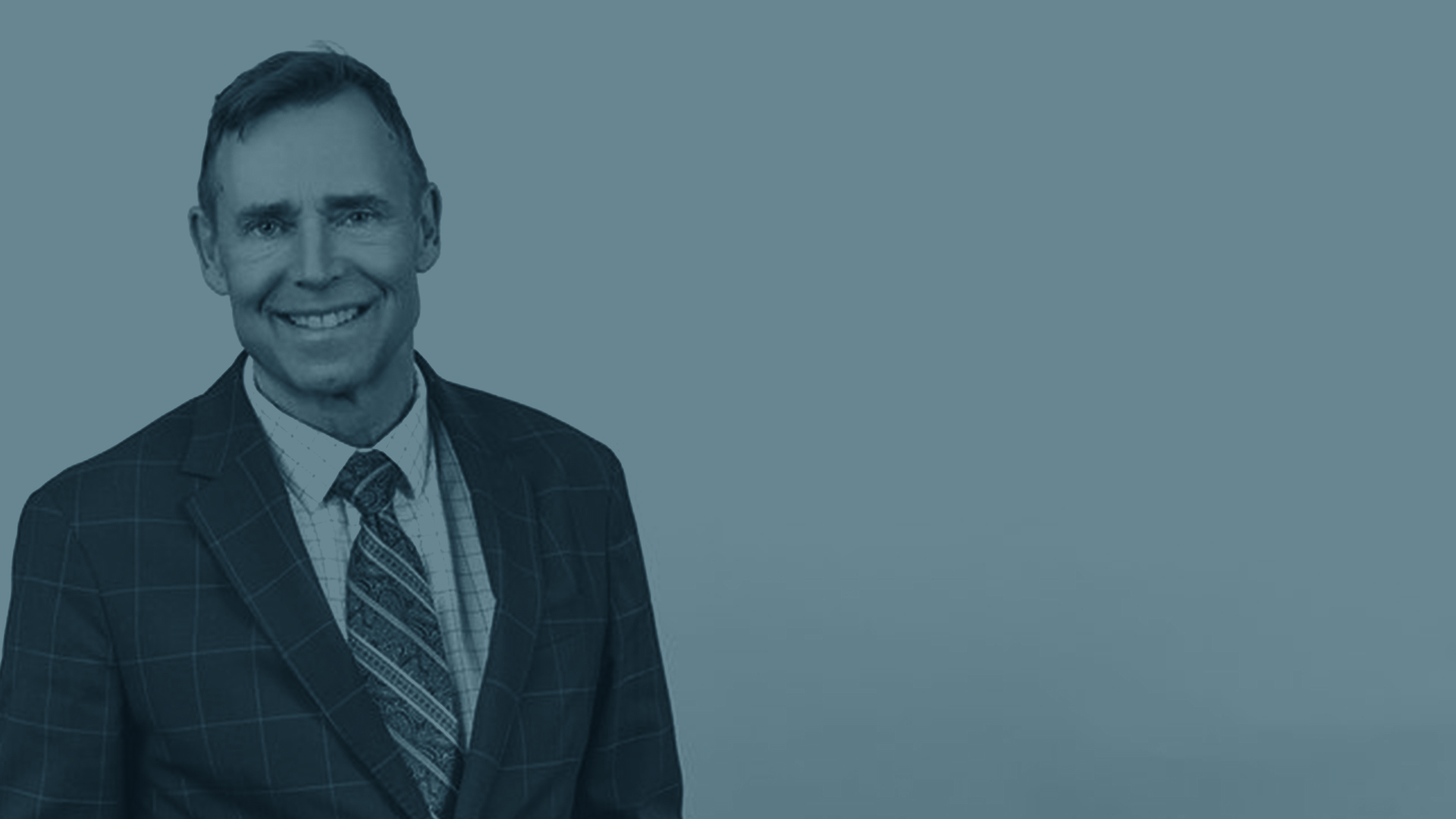 How to Change Work Culture: Sexual Assault in Pro Sports 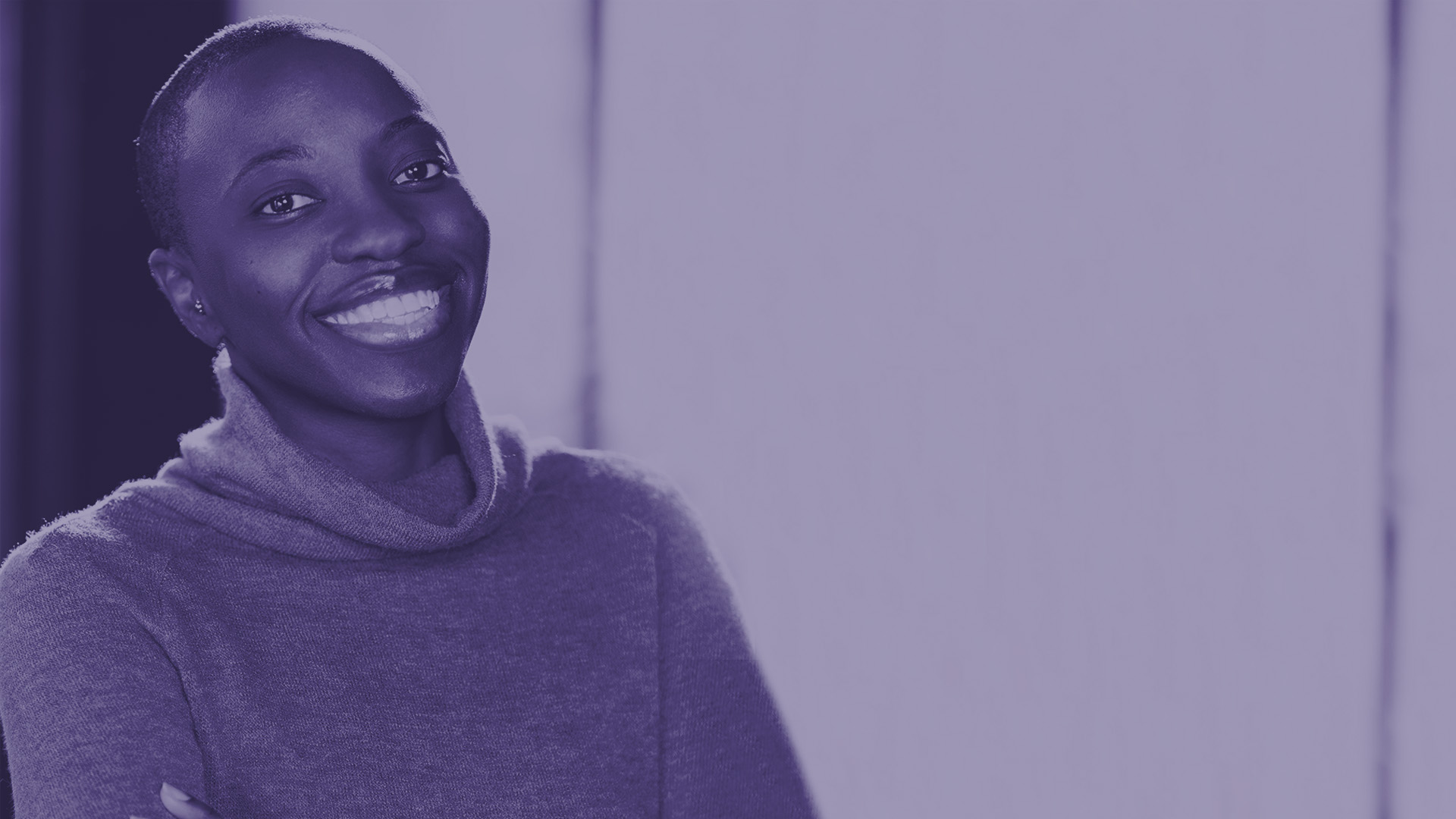 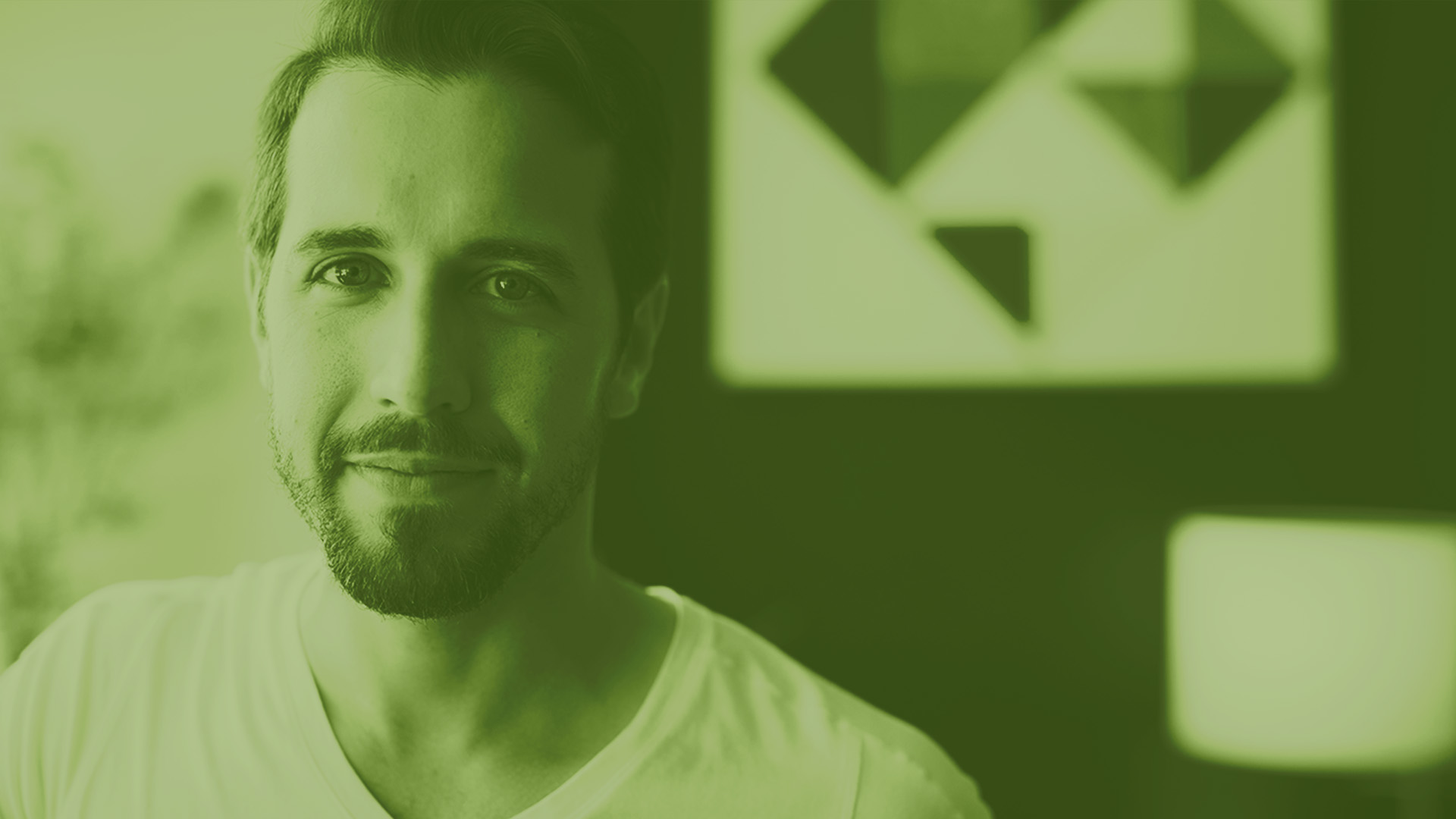 How to Support Mental Health at Work: Create a Listening Culture 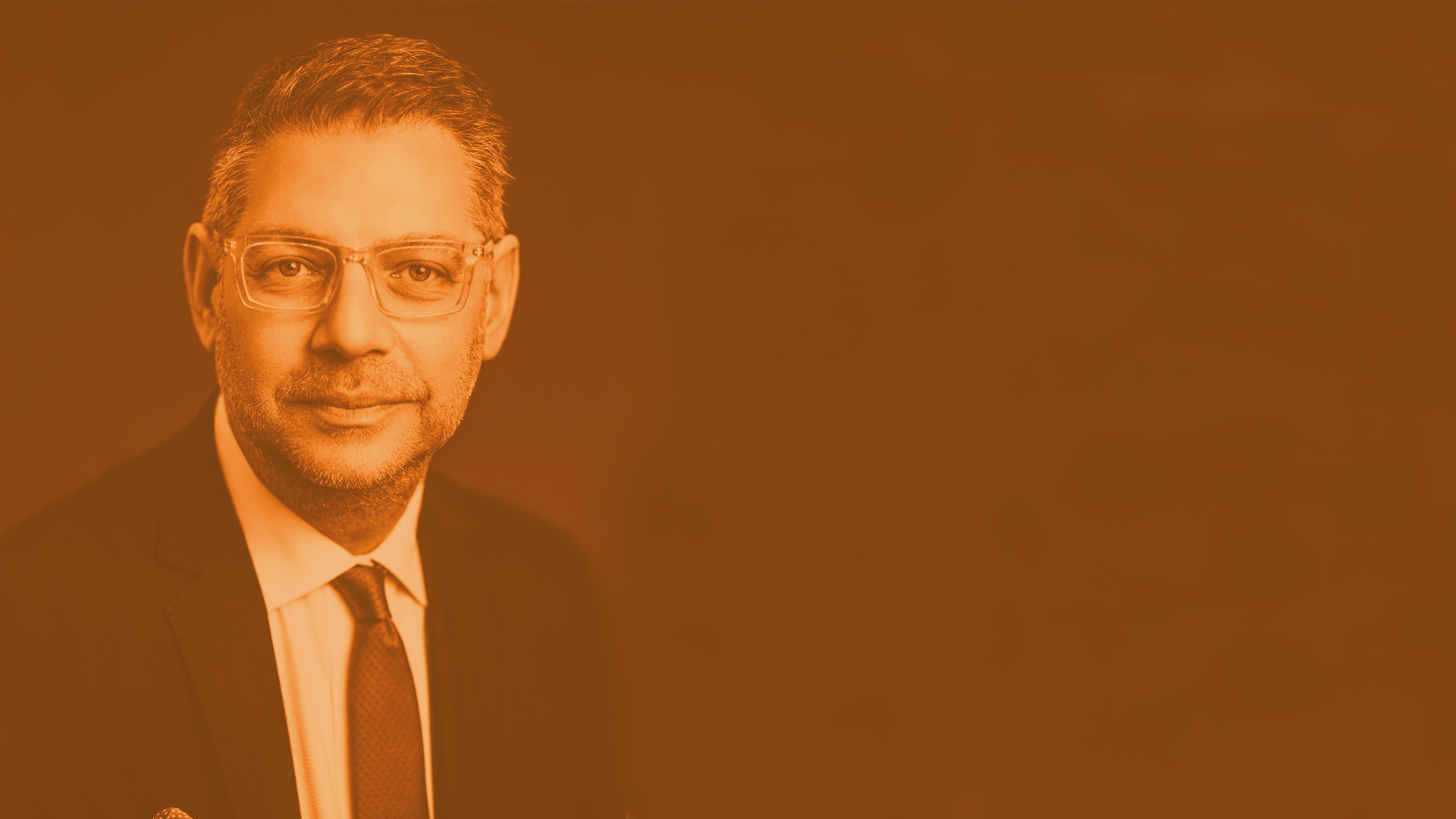 How to Approach Workplace Deviance

Episode 6
DE&I: How To Develop an Action Plan